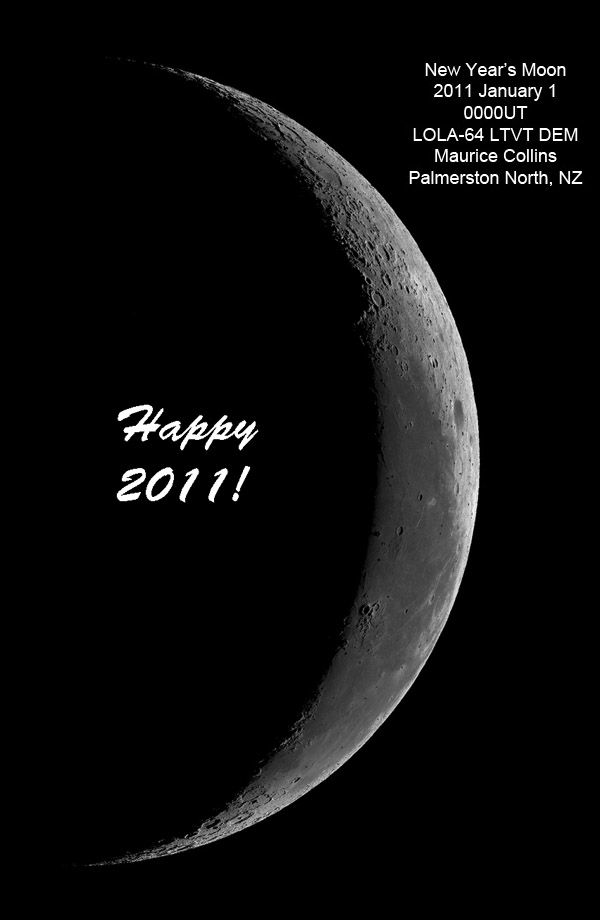 The sky was cloudy when the New Year came to New Zealand, but Maurice hardly needed to see it to capture the Moon in the sky. Instead of a telescope he used the virtual, always cloud-free LRO altimetry data file and LTVT to create an accurate view of the Moon that must have been somewhere beyond the clouds. Who would have thought 7 years ago on Jan 1, 2004 when the first LPOD appeared that we would have so fully captured the Moon that we could view it however, whenever we want? Can you imagine what might grace the Jan 1 LPOD seven years in the future? The new lunar data (current and forthcoming) will be a boon for amateur and professional students of the Moon, but we amateurs have the added joy of still loving to go out at night, or during the day, and admiring, observing and imaging the second best world in the universe. May your new year be visually and digitally cloud-free!