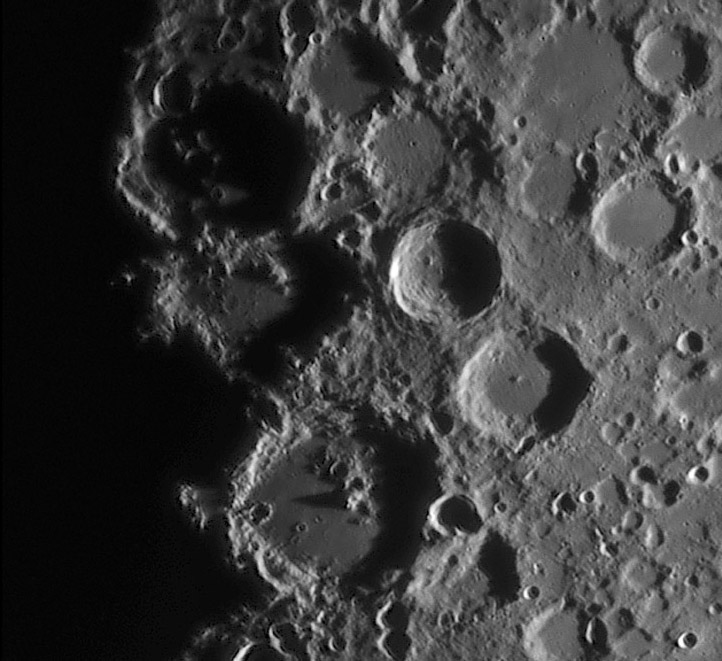 The Moon's surface is simply ups and downs, with the juxtaposition between each creating topography. The variation in the elevation and azimuth of illumination yields a constantly changing pattern of shadows. Here Jocelyn has caught daggers of light and shadow that tell us about local ups and downs. A broad blade of shadow cuts across the floor of Walther (bottom center), being projected by its pit-topped central peak. Except the peak isn't centered in the crater, and the summit pit is less real than it looks (but the smaller pit lower down the peak is real). A negative dagger - a widening blade of light - illuminates a swath of the southern floor of Purbach (upper left). Topography is deceiving, for there is little indication that Purbach has a low spot in its southeastern rim, but the magnification of a long shadow reveals there must be. Look back down at the western rim of Walther to see a blunter dagger of light. In this case a broad section of the rim is low so that the there isn't a V-shaped illuminated area, but one that looks like a slice of pie that someone - not me - has eaten the tip of.