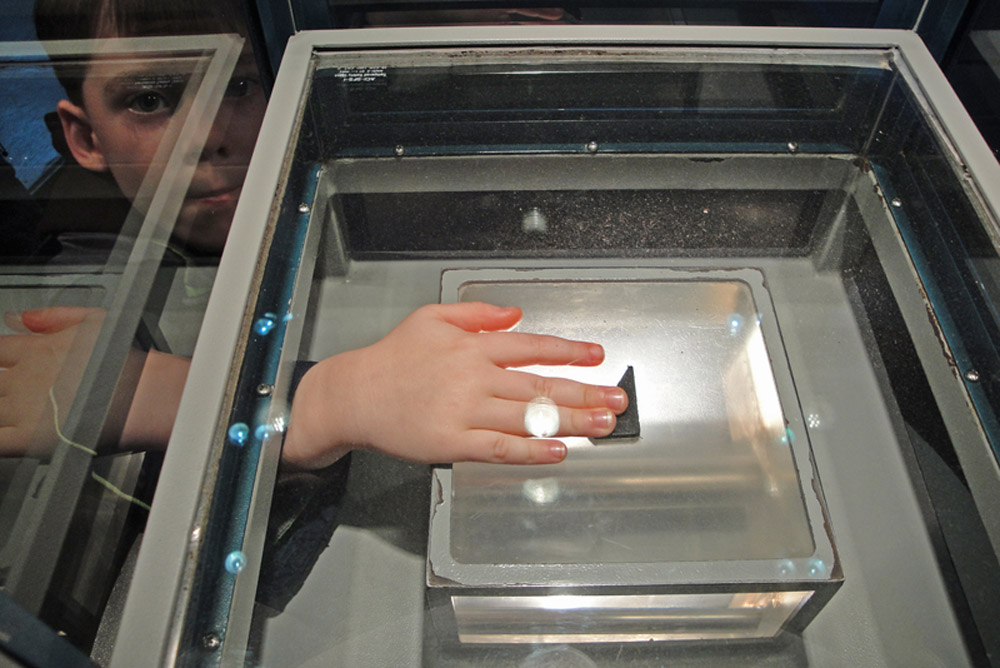 Over the holidays I took the family to the Kennedy Space Center. They were especially moved by the Apollo/Saturn V Center. What really stood out in my mind was the tremendous size of the three stages, displayed overhead, that were required to get the astronauts to the Moon, compared to the small command/service module that brought them back. Near the end of the Saturn V display, a plexiglass chamber enclosed a small piece of mare basalt from the Apollo 17 mission. Small openings allowed visitors to reach into the chamber where they touched, and were touched by the Moon.

Related Links
Where lunar samples are on display
A second list of where Apollo 11 samples have been sent (and many lost).
A third list of Apollo 17 "Goodwill Moon Rocks" (Read the story of the West Virginia sample).