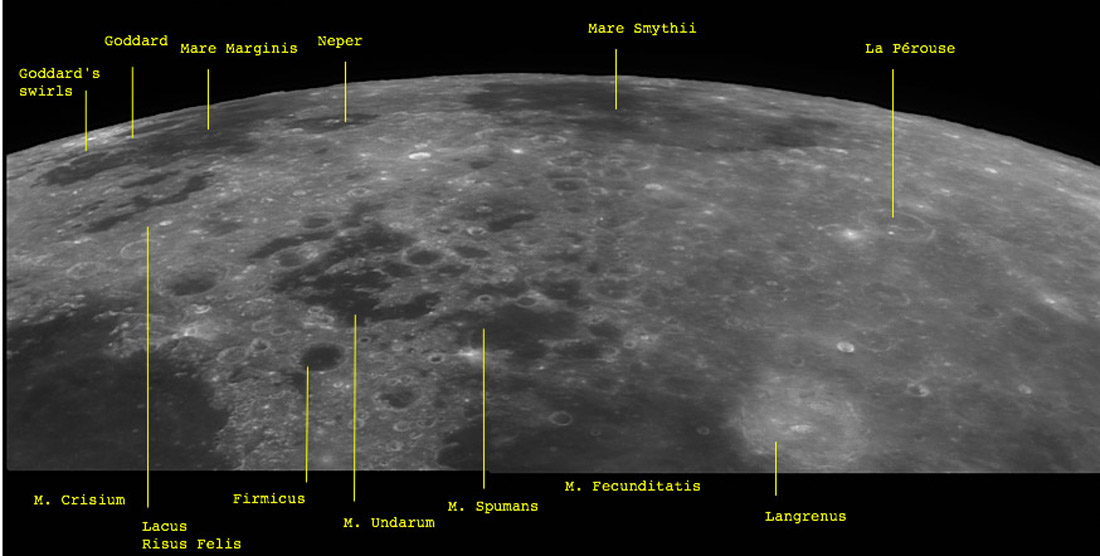 Six maria in one view. Is there anywhere else on the Moon where an image of this scale can show so many? Of course, Spumans and Undarum hardly count for they are so small and don't fill impact basins, as most maria in good standing do. The German Moon-mapper Julius Franz named these two patches of dark lava in the early 20th century during his study of the lunar limbs. But somehow Franz did not name the similar isolated sea between Marginus and Crisium, which I follow Ewen Whitaker in calling Lacus Risus Felis- the Cat's Smile. And just visible as delicate wisps is the Margins Swirl - L100, which is antipodal to the Orientale Basin.