Blue And Red Maria, not States 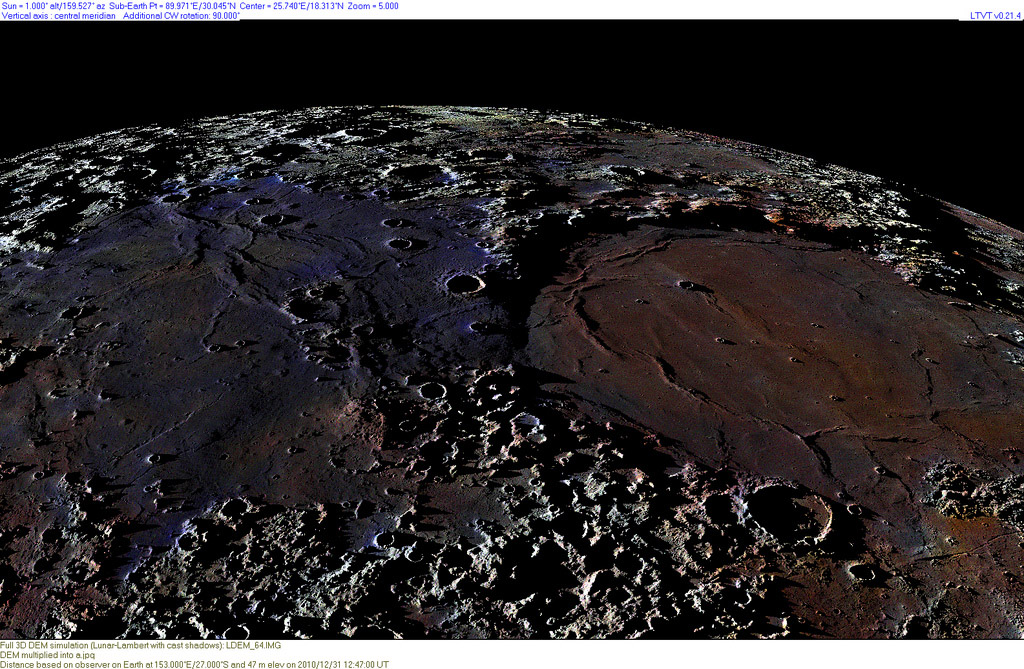 Tom is teaching us new ways to see the Moon. Here he has fused one of his saturated color full Moon images with a terrain map from the recent LOLA 64 DEM data from the Lunar Reconnaissance Orbiter. Once again Jim Mosher's invaluable Lunar Terminator Visualization Tool program was used to create this unearthly perspective view. The Sun shines with a 1° incidence angle over every point, and the view is from an angle not possible from Earth. The vantage point is from over the Taurus Mountains, with the Sea of Serenity (ochre, to the right) and the blue Sea on Tranquility to the left. Tom pointed it out, and I never knew it - see how the shadows demonstrate that Serenitatis is lower than Tranquillity, with an otherwise unnoticed scarp at their juncture. It is interesting to see that the bluest area of Tranquillity is to the west, which other topo data show is lower than the center and east parts of the mare - it is not at all certain that there is an underlying basin there. As before, it looks like the location of the Cauchy fault and rille may result from being on a local linear rise, with each break in the crust occurring where the surface slopes downward.


Yesterday's LPOD: The Moon is Dead