The Case of the Missing Rille 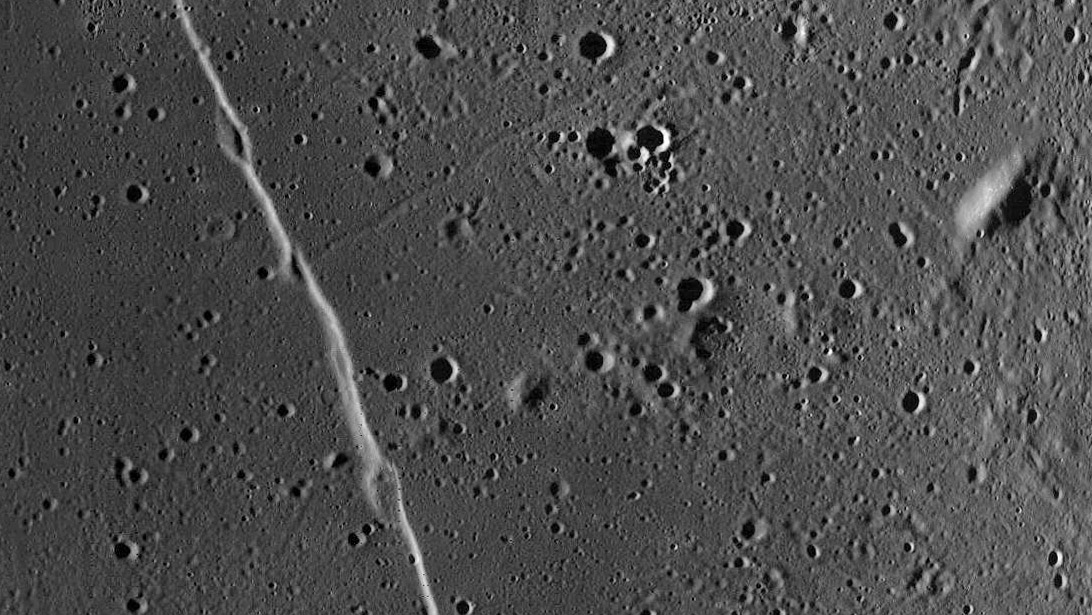 Maurice's mosaic of the Straight Wall from Lunar Reconnaissance Orbiter WAC images was striking at full resolution but way too large. I tried reducing it to make the entire Wall visible, but then it lost too much detail, so I finally just cut out a piece of the Wall that contains some interesting features. Old time readers of LPOD may remember the excitement in 2004 and 2005 when a rille was hinted at running diagonally eastward from the Wall. Here it is easily seen, and also seen not to be obviously related to the ramp where it touches the Straight Wall. From telescopic views I thought that the rille somehow was transformed into the ramp, making a slight off-set in the direction of the Wall, but it may just be a coincidence that the rille ends near the ramp. The image also makes we wonder why the rille does not continue on the west/left side of the fault. There is younger lava on the left of the Wall, but it also extends some kilometers to the right of the fault where the rille cuts it. It is possible that the rille never went further west, but it is possible that it did and an even younger lava flow covered the left side of the wall, burying the rille. In general, I don't think that is true, but the ghost crater just west of the Wall (near where the rille meets it) provides some support for the hypothesis.