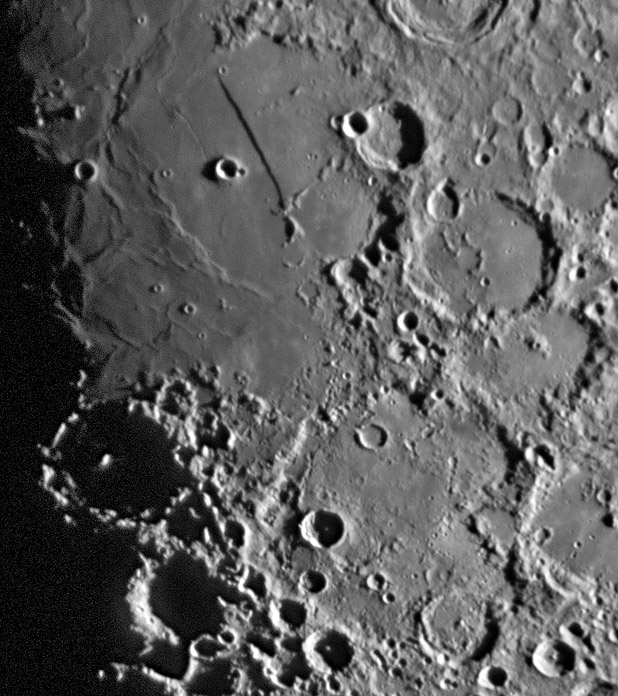 Here are two large old craters, each crossed by a gash. Do you see them? For one crater you might ask, where is the gash, and the question about the other might be where is the crater? Deslandres is the ~235 km wide crater at bottom right. Its gash, hinted at here and often not seen under other lightings, is the broad, rille-like trough at about the 4 pm position, passing into Lexell. Another gash made of four secondary craters from Tycho is on northeast part of Deslandres' floor. The second giant crater, about 200 km wide and encircling the Straight Wall has sometimes been called Ancient Thebit. The Straight Wall is on a chord - almost a diameter - stretching between the two mountainous ends of Ancient Thebit; to the north, the end of the rim is Prom. Taenarium, and the southern end is smashed by the chain of craters, Purbach H, L and M. Just as Howard's image made visible the putative broad rille at Deslandres, it also graphically points out that the interior of Ancient Thebit is relatively flat mare material, while the mare immediately west is criss-crossed by ridges. The mare material may be thicker within Ancient Thebit, but I don't know why mare ridges are absent there while abundant beyond the rim.