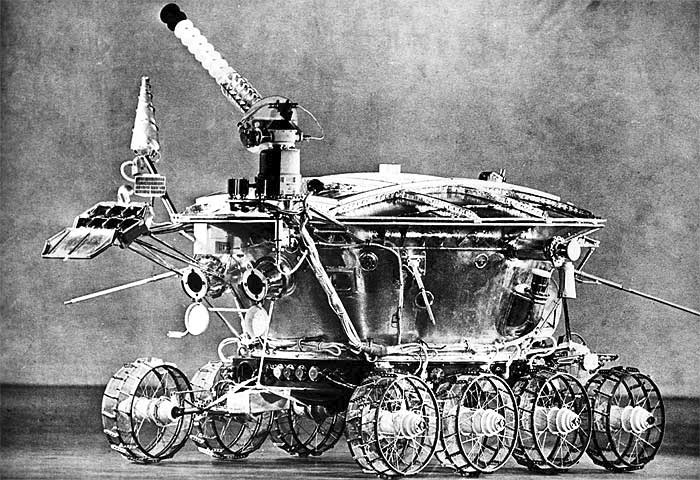 Oops, it slipped past me. Two days ago was the 40th anniversary of the landing of the first rover on another world. Lunokhod 1, that ungainly looking vehicle that looked like it came out of a Jules Verne novel, touched down in northern Mare Imbrium. The rover was supposed to last 3 lunations but survived 11, an early version of the Mars rovers Opportunity and Spirit that just wouldn't stop. The Lunakhod was steered by drivers in Russia for about 10 km, taking 200,000 photos, numerous videos and hundreds of tests of the physical properties of the soil. I am not sure any fundamental discoveries of the Moon were made - because samples weren't returned and thus couldn't be dated or chemically analysed - but Lunakhod was a tremendous engineering success, demonstrated that wheeled vehicles could survive and function on the lunar surface, and collected great details on the centimeter to meter scale topography. Belated congratulations to all the members of the Soviet space program!