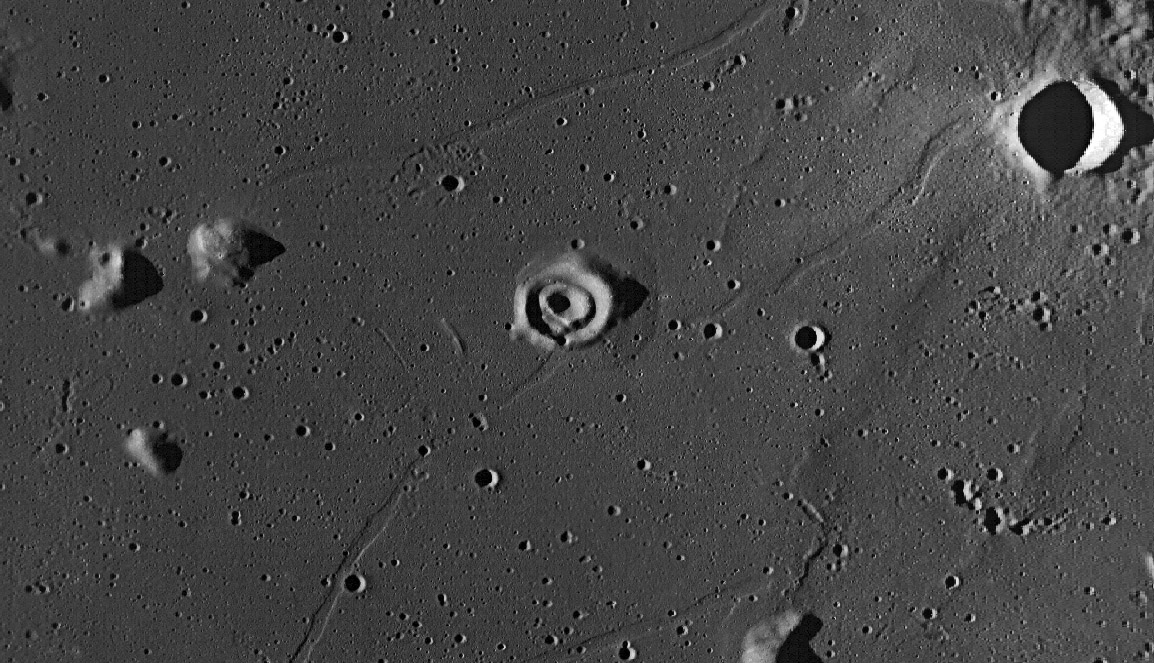 Marth is an odd crater, even for a concentric crater. Its inner rim seems taller than average and it fills Marth's entire floor, counting the small ridge in the 7 o'clock position. Rick's processing of an LRO Wide Angle Camera image reveals something that is visible in early images, but that I hadn't noticed before. An apron of mare lava surrounds Marth, being most extensive to the east, and not at all visible to the west. The apron is a slight rise - as indicated by the narrow inflection caused by a thin partial shadow cast by the edge of the elevated mare. A small round patch of elevated mare material is often a volcanic dome, but it is not clear if that is the case here; however, the fact that it surrounds Marth suggests the two are related. Often times a dome-like swelling surrounds pre-existing hills, and that may be the explanation. It appears that the Marth apron interrupts the rille near it, Ramsden II, which would mean that the apron is younger material. But Ramsden II is also interrupted just to the southwest of Marth, where no observable younger material is apparent. So, Marth sits on an apron of marginally elevated mare - but I don't think this implies that the concentric crater Marth is volcanic.