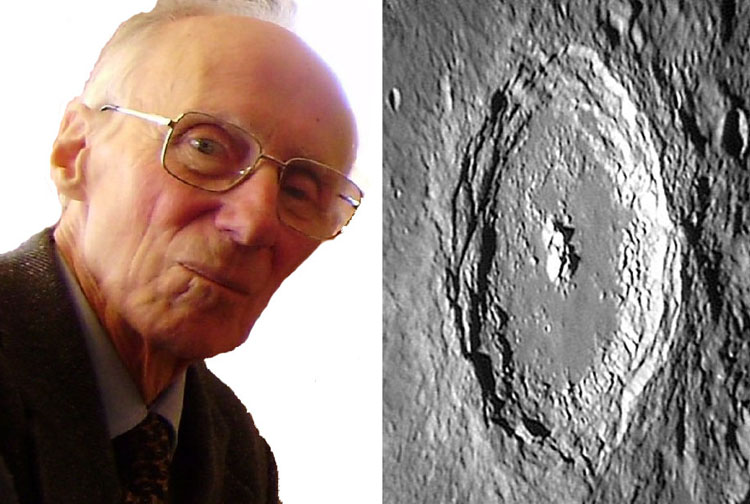 On October 1, 2010 another giant of lunar and planetary astronomy of the 20th century died. Audouin Dollfus was born in 1925 and had a remarkably varied astronomical career, including the naked eye discovery of Saturn's moon Janus, and polarimetric studies of the Moon and the terrestrial planets. I talked with him a few times when he visited the Lunar and Planetary Lab during the 60s, and again at Lunar & Planetary Science Conferences in the 1990s. Here is part of an LPOD from April 18, 2004 discussing Dollfus' observations of one of the best documented lunar transient events: The experienced French astronomer Audouin Dollfus discovered that the northern floor of Langrenus temporarily brightened when seen in polarized light on December 30, 1992 and on January 2, 1993. Dollfus' interpretation was that the bright polarized areas were produced by outgassing that lifted dust above the crater floor. This is a peculiar, but well-documented observation, and is made more believable by enhanced concentrations of radon at Langrenus and nearby Fecunditatis detected during Apollo 15 and 16 missions. Perhaps the fact that the central peaks of Langrenus sampled deep crustal rocks has some connection to the proposed degassing. Have any additional polarimetric brightenings occurred since 1973? Has anyone looked? It is now within the capability of amateur imagers!