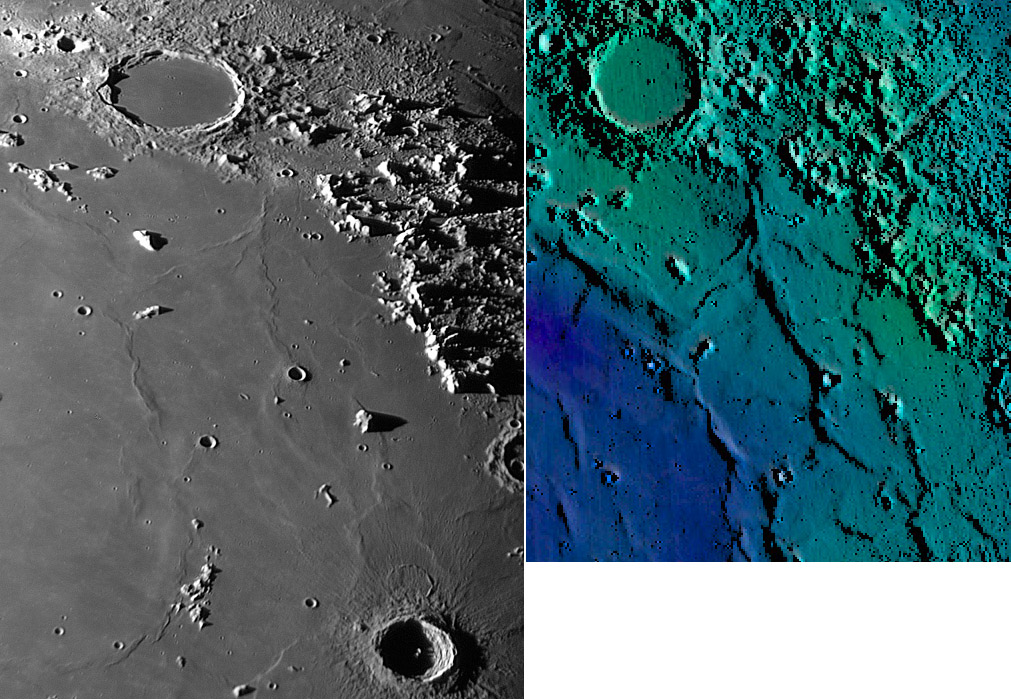 I’ve seen lots of images of this classic corner of the Imbrium Basin, but what struck me about this new one from K.C. is the offset of the mare ridge near the small end of Pico Beta. It looks like the ridge continues near Pico, with an offset of about 40 km. Between Pico and its Beta is a small ridge that parallels Beta. Beta itself is very near to being perfectly aligned with the Alpine Valley, where the lunar crust did widen, but was it also displaced horizontally? Nearly 30 years ago Jim Whitford-Stark proposed that the huge area between the Alpes and Sinus Iridum slid toward the center of the Imbrium Basin. If such mega-adjustments took place it would not be unexpected to have smaller movements too.