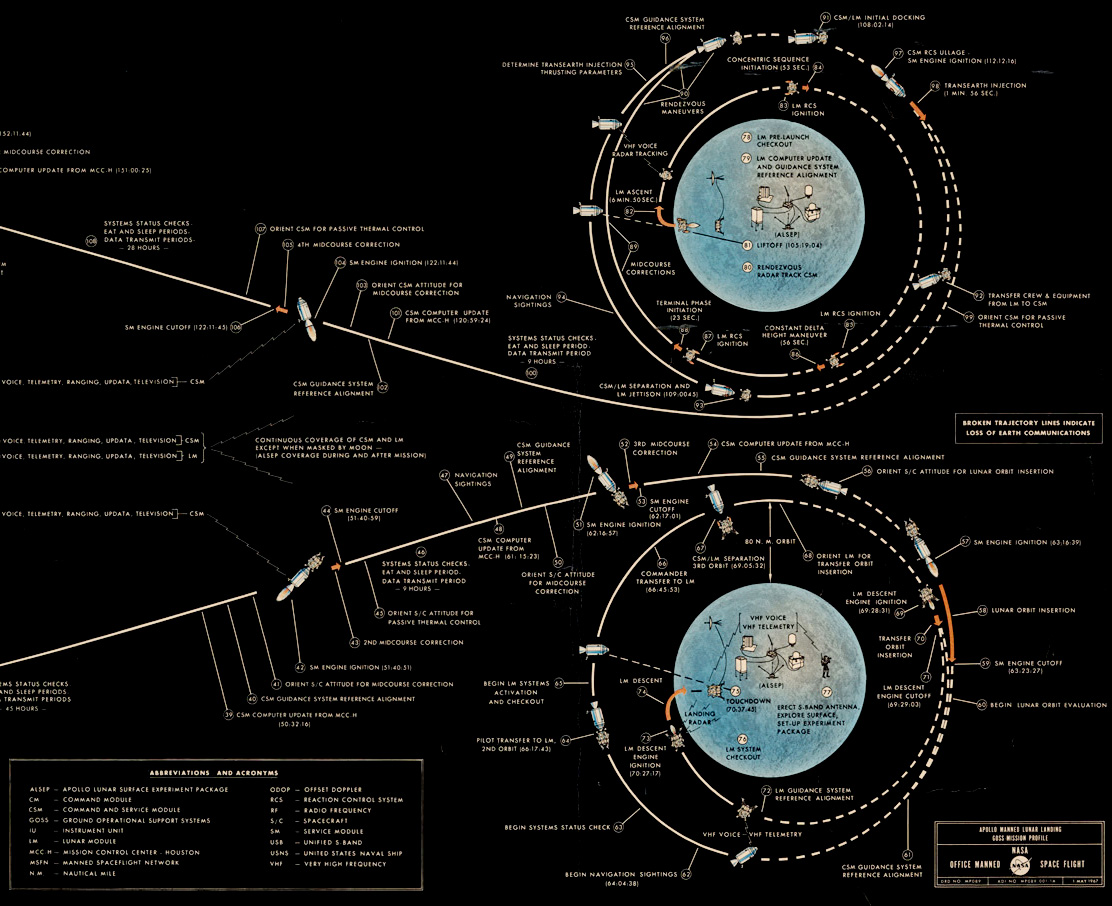 Thirty-Eight years ago yesterday Apollo 17 was launched on the final voyage to the Moon. The section of the poster above is from the flight profile of the Apollo missions in general (note the advanced ALSEP packages) and details how the Apollo missions were to be accomplished (below). The full poster makes great wallpaper if you have dual monitors!

Astronauts navigated to the Moon using the most sophisticated computers of the mid-1960's. They couldn't use the latest technology as the design had to be frozen so as all the bugs in the hardware and software could be ironed out before it was risked for a flight of 240,000 miles. The precision of the trajectory was incredible, they had to pass in front of the Moon at a mere 60 nautical miles out of that quarter of a million mile voyage. And the bounty of such a trip was the rocks, images and knowledge of the Moon's geological and geophysical secrets. The crews saw, as John Young said on the way home from Apollo 16, "... we have seen more in 10 days that most people would see in 10 lifetimes".

Technical Details
From the NASM page: This graphic details the sequence of major events during the flight of Apollo 11 to the Moon and back to Earth, July 16-24, 1969. The journey begins with launch of the Saturn V from Earth (shown on the left). The trip to the Moon and the landing are depicted on the trajectory at the bottom of the graphic. Lift off from the Moon and the journey back to Earth are depicted on the trajectory at the top of the graphic.

Related Links
If you want to fly the Apollo Guidance Computer (AGC) to the Moon using the Display and Keyboard (DSKY), there is a great free emulator written with the same code as the Apollo computers called
Virtual AGC


Yesterday's LPOD: Pole Me Over!