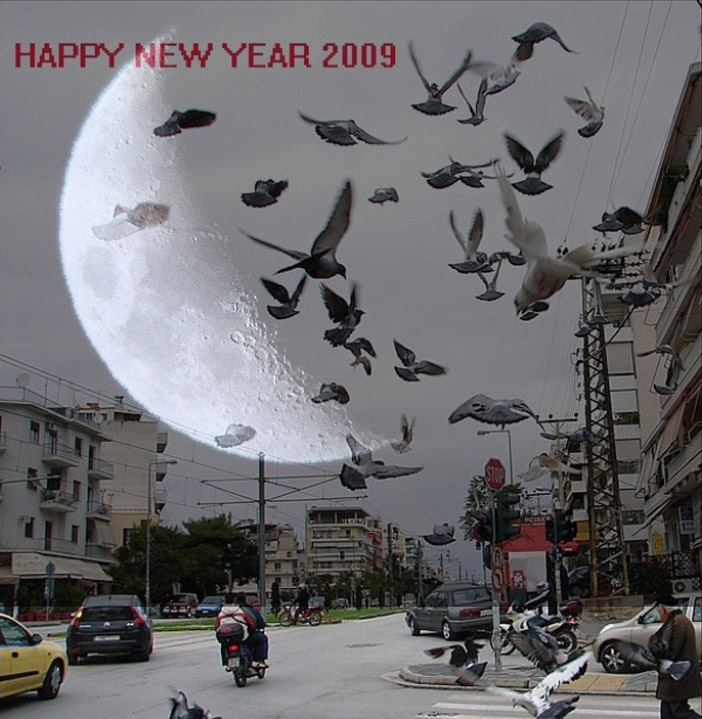 Well, it has happened again. Another year has rolled by and LPOD, which started on Jan 1, 2004, is another year older. For the 1000 or so people who check LPOD every day the Moon looms large overhead. During 2008 there were 360 images published (but 361 stories) by more contributors than I can easily count. Just in December images came from 12 countries (Australia, Greece, France, Hong Kong, Hungary, Italy, Myanmar, Romania, Spain, Switzerland, the USA and Ukraine), 9 spacecraft (Ap 12, Ap 15, Ap 17, Chang'e-1, Chandrayaan-1, Clementine, Kaguya, Luna 21 and Lunar Orbiter IV), 2 atlases (Consolidated Lunar Atlas and USGS Digital Atlas of the Moon) and one movie (Moon Zero Two) And somewhere it must be mentioned that one lunar image was a tattoo. Highlights of the year include the appearance of spectacular images and data from the Kaguya/Selene spacecraft, the beginning of results from Chandrayaan-1, new atlases by Phil Stooke and Chuck Byrne, and hundreds of exquisite new amateur images! In 2009 the Lunar Reconnaissance Orbiter will be launched and we hopefully will be flooded with wonderful new data from that orbiter plus Kaguya, Chandrayaan-1, Chang'e-1 and maybe even SMART-1. In 1959, Luna 1 was launched on January 2, and so in 2009 we begin a decade of 50th anniversaries of lunar exploration. And for those interested in the rest of the universe, 2009 is also the International Year of Astronomy, tied to Galileo's observations of the Moon in 1609. Stick around (and keep submitting great amateur images) - 2009 will be a great year!

Tomorrow's LPOD: A Lot of Nodding