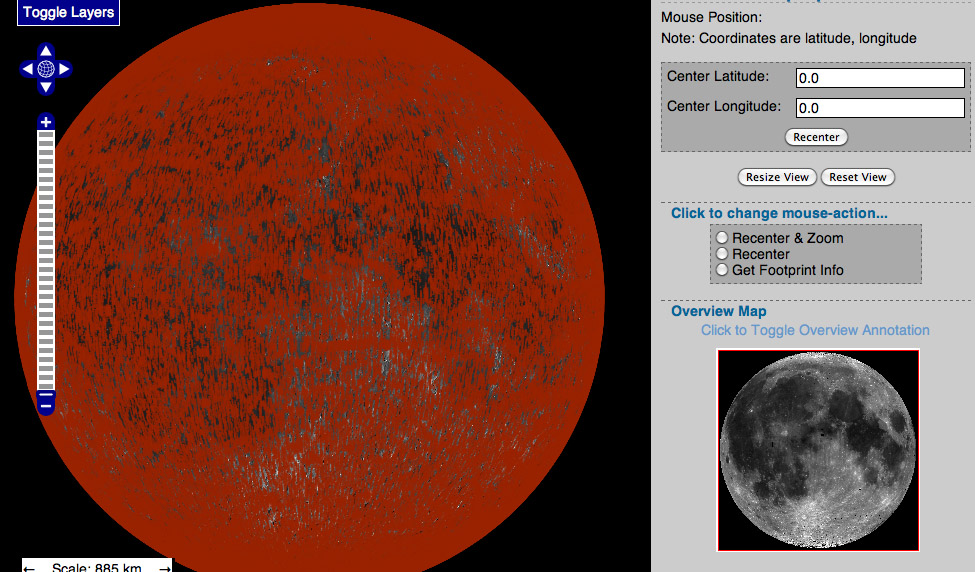 It is a peculiar characteristic of most scientists I know that they believe life likely exists elsewhere in the universe, but there is no evidence that it has visited Earth; flying saucers aren't real. Now a serious cosmologist - as serious as anyone can be who pursues string theory - Paul Davies of Arizona State University and a student, Bob Wagoner, have proposed searching LRO high-resolution images for evidence of alien life. This could be an alien spaceship, camp or garbage dump. Davies and Wagoner state that it is a very long shot but artifacts could be preserved on the Moon for millions of years, much longer than similar things might last on the active Earth, and if discovered would have immense impact. They suggest that a crowd sourcing approach such as used by Moon Zoo could be an educational activity and get many people interested in the Moon. Humans have looked for signals beamed from other worlds in Project SETI, now they propose we do a little digital archeology to look for tidbits of alien technology in our own backyard. Although their logic makes sense I fear this lending of scientific creditability will simply unleash the ignorance, stupidity and sensationalism that makes more people follow astrology and alien abductions than APOD. How many Faces on the Moon will be identified by uncritical image analysts who will then scream government coverup when rational explanations are offered. LPOD will not publish lunar alien artifacts images until they have been vetted in Nature or Science.