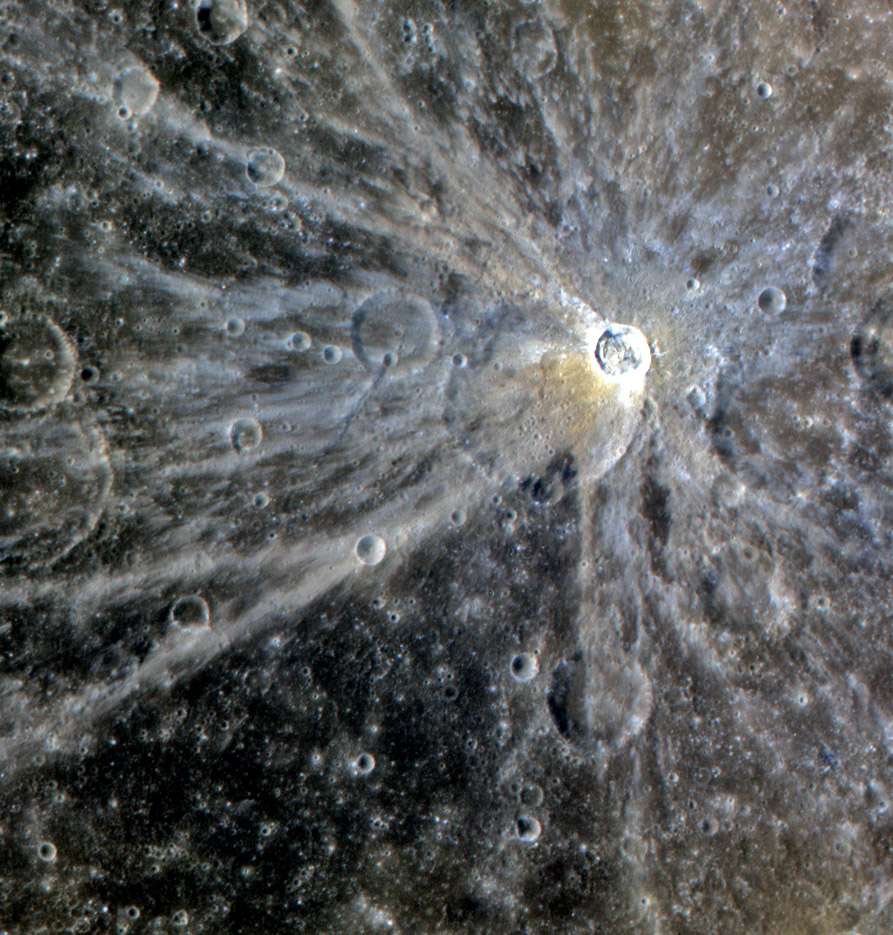 image from Messenger Picture of the Day

A crater is a crater. An airless world is an airless world. Well, close but not exactly. The Messenger spacecraft is discovering all sorts of unexpected weirdnesses on Mercury, similar to, but not quite like the Moon. Weird Mena is a 15 km wide mercurian complex crater that is young enough to retain great detail in its ray system. It formed exactly on the rim of a pre-existing crater so presumably that side of Mena has a lower rim and the crater and maybe even its ejecta is tilted that direction. And the distribution of the rays, with a sharply defined zone of exclusion, implies that Mena was formed as an oblique impact with the projectile coming from the southwest, hence the location of the zone of exclusion. But the two edges of the zone of exclusion don't intersect at the crater, where they do in all or nearly all other oblique impact craters. The pattern of ejecta is quite different to the west of Mena where rays are somewhat wide and squiggly, compared to the opposide side where they are narrow, closely spaced and blanketing. Finally the yellow ejecta is very strong just west of the crater but seems more pervasive in the eastern rays than those in the west. This is a very bizzare ejecta distribution pattern, and when its finally understood, it will help with the understanding of ejecta mechanics on Mercury and the Moon.