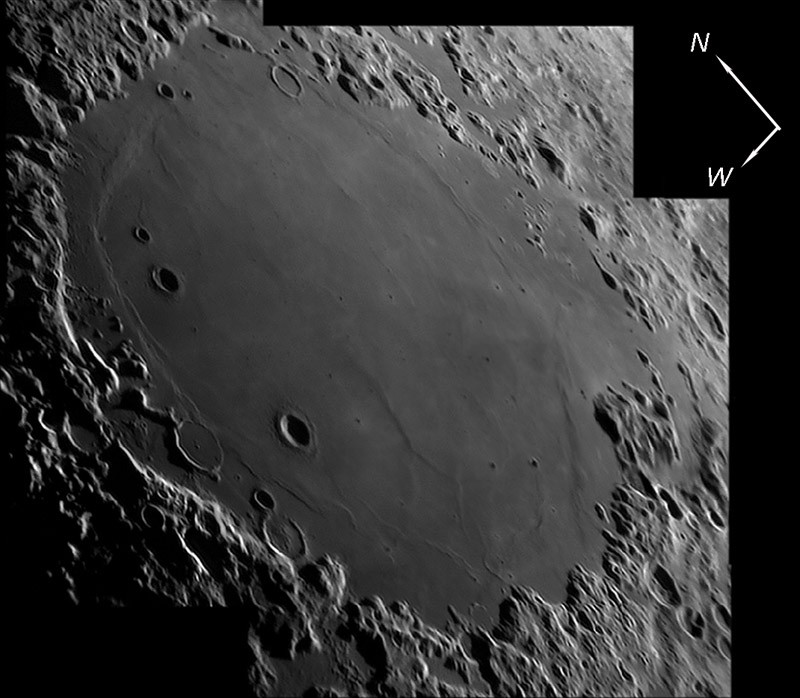 Crisium is probably the most attractive lunar maria because of its separation from all other maria, oval shape, and dramatic bounding bluffs. But the mare surface itself is free of many imposing craters, with only the two P craters, Picard and Pierce, (and little Swift) being relatively young but are are small and none have rays. The three largest craters, Yerkes, Lick, and Einmart C (upper center) are all on the bench of shallow lava that hugs the shoreline. These are older craters whose walls were breeched and floors covered by mare lavas. Yerkes - the bottommost crater - appears to also be a floor-fractured crater, whose floor was domed up and perhaps split open. The mare ridge on the western side of Crisium is a fault with the inner side a couple hundred meters lower than the bench. Actually the floor of the basin is much deeper - estimates are the lava is 1.9 km thick - explaining why the earlier craters that must have formed on the basin's floor are no longer visible.