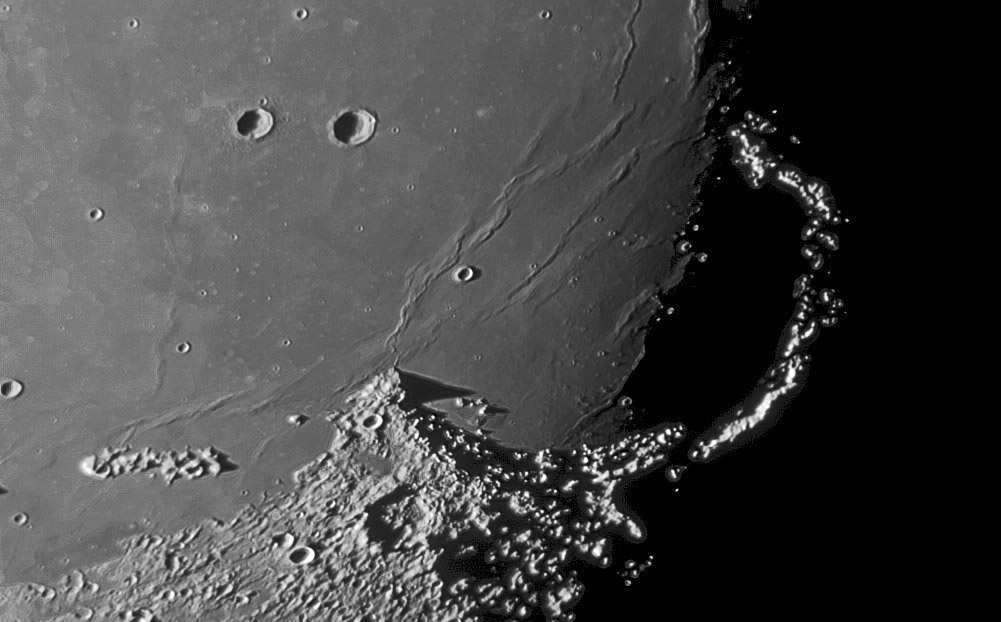 Sinus Iridum and its surrounding half-crater rim, the Jura Mountains, is a favorite of probably every lunar observer. The mountains always seem to catch the light, and in the best of illuminations as Morio captured, the curved ridge is speckles of brightness with darkness on either side. Having the terminator pass through the floor of the sinus is uncommon, and here each small crater stands out as a fat ring of light. The low lighting also emphasizes the mare ridges. There seem to be two families of intersecting ridges - most are about parallel to the shore of Mare Imbrium. The longest of these ridges starts near the Straight Range and widens as it passes Prom. Laplace and continues across Iridum. Shorter ridges closer to the Jura are about parallel. This family of mare ridges gives the impression of waves lapping onto the shore. The second family of ridges is really just one that seems to continue the curve of the crater rim out past Prom Laplace. It crosses the broader ocean wave ridge, and doesn't really bend to connect back to Prom. Heraclides to the west, but an overhead view shows that it is the right place to mark the vanquished rim of the ancient Jura crater.