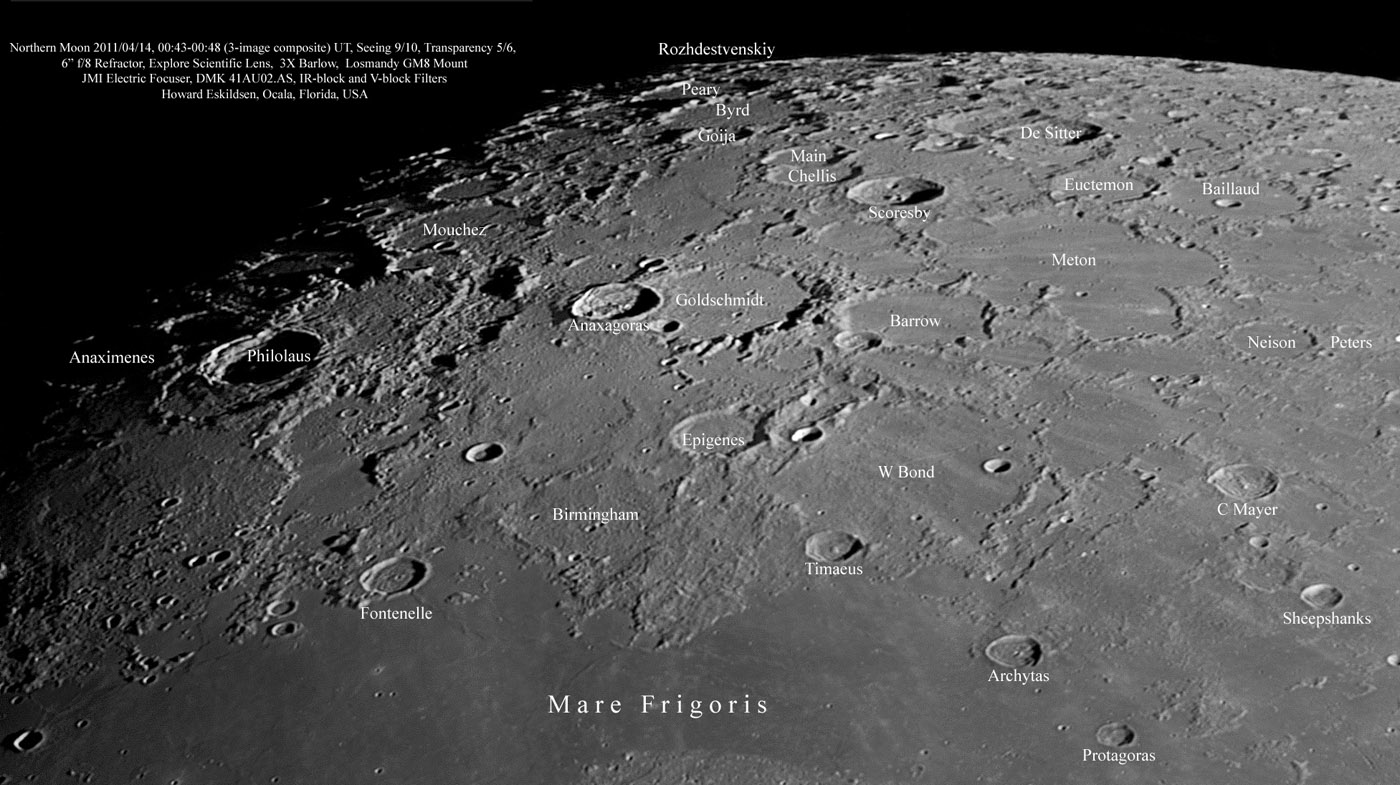 Do you not get lost but can't always remember the names of features near the north pole? If so, this LPOD will be a convenient image map to keep handy. The freshest distinctive crater in this area is Anaxagoras, bright with rays once away from the terminator. Howard's image nicely shows the broad swath of terrain where all the craters have shallow and rather flat floors. The boundary to the west seems quite sharp, running from Byrd to Birmingham, but the east edge is more jagged running roughly from Baillaund to W. Bond. This is an area where ejecta from the formation of the Imbrium Basin filled in existing craters. Meton is an interesting example, for apparently it was originally three or four separate craters whose common walls were destroyed, creating a large and irregularly walled plain. What destroyed the common walls but not the perimeter ones?


Yesterday's LPOD: Beyond the Past