Trenchent Observations of a Trench 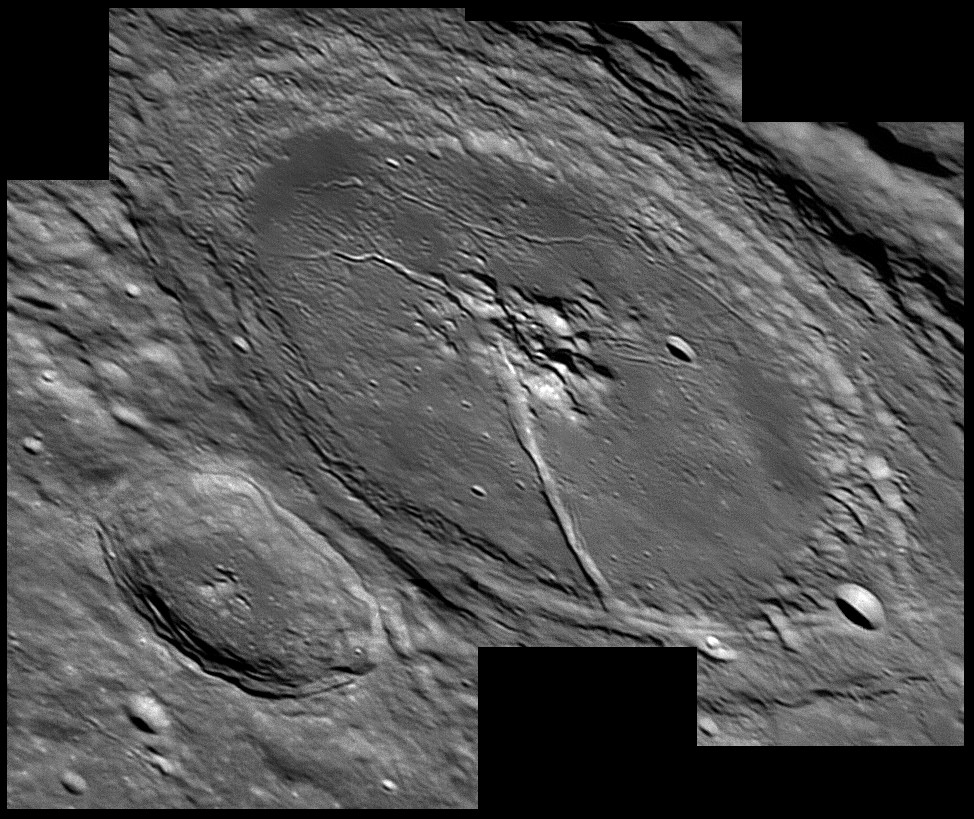 This is the best image yet of Wrottesley and surroundings. The 57 km wide crater has complex morphology with terraces and central peaks. But the terraces have lost their sharpness and flow almost smoothly into each other, and instead of a single strong peak there is a straggly collection of hills. We might as well move on to the other object depicted in this wonderful image. Petavius is shown with lighting slightly higher than in Bruno Daversin’s shot with a 24″ telescope from two years earlier. There have been no changes in the crater. The small rilles are concentrated on the northeastern side of the floor, as if to balance the one massive rille on the opposite side. The Great Rille of Petavius is wider than any other rille in a lunar crater (I think) and is comparable to the width of some linear rilles such as the Ariadaeus (which is about twice as wide). But unlike nearly all rilles its width, the Great Rille is mostly V-shaped, rather than flat-floored. Flat-floored rilles form under extensional conditions - forces pull apart the surface and parallel fractures form that the surface collapses into. I don’t think the Petavius rilles was ever like that. Often, a V-shape results from debris sliding down slope, perhaps this is what happened at the Great Rille. But I bet the story is more complicated for the size of the Great Rille is unique and its connections with the bizzare rille/ridge along the southwest crater wall are very uncertain. Thanks, Damian, for providing an image to admire and be perplexed over!

Yesterday's LPOD: How Deep is That Hole?