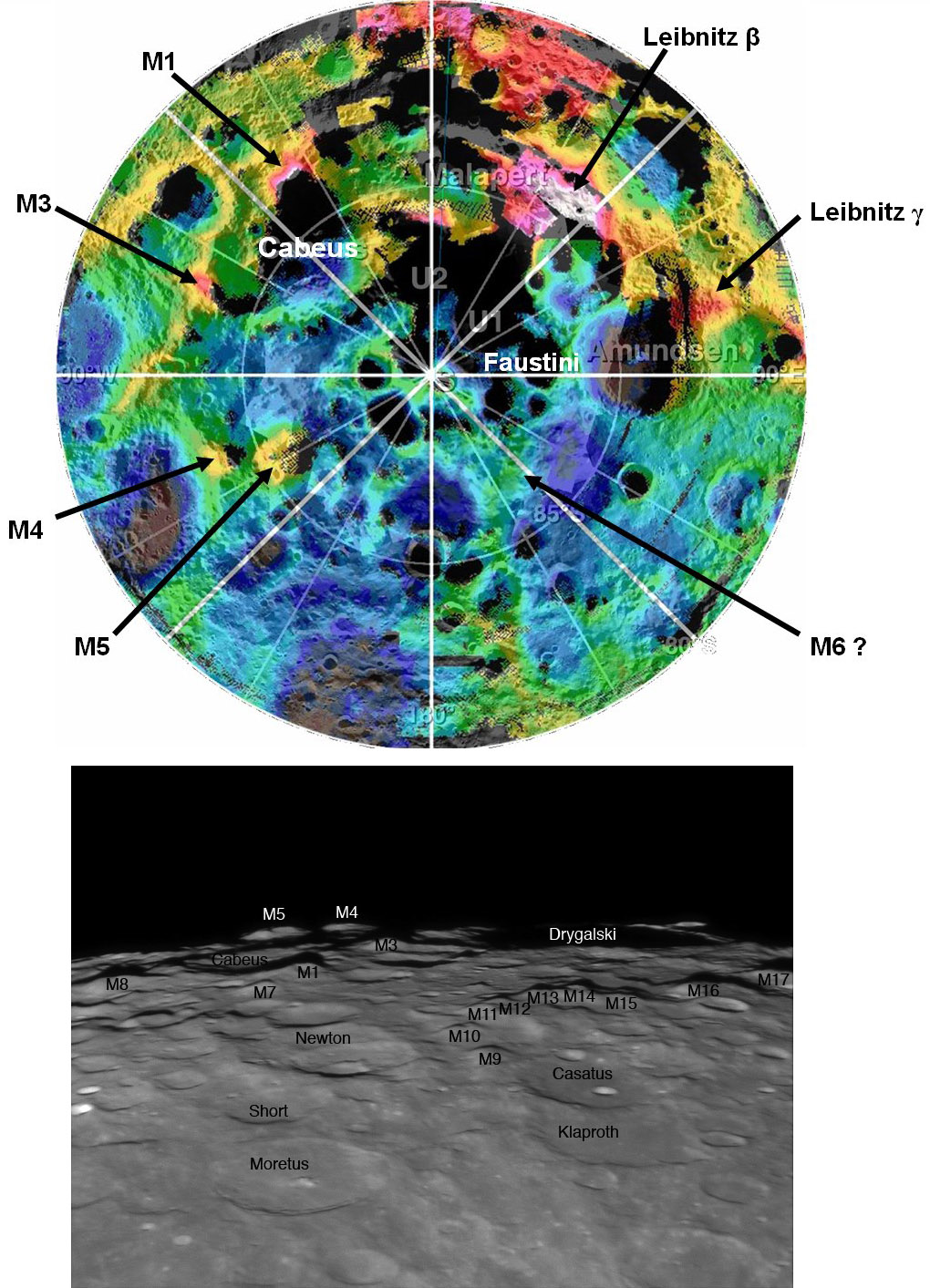 The mountains near the south pole are among the highest and most dramatic on the Moon, and they are often hard to identify. The most clear chart is still Ewen Whitaker’s which was published in 1954 in the Journal of the British Astronomical Association. LPOD has published Ewen’s map and a number of annotated images to identify his peaks labelled M1 through M6. The excellent image above by Tom Bash (originally published Jan. 6, 2007) correctly identifies Whitaker’s peaks, but I had more trouble trying to locate the peaks on Clementine’s overhead view of the pole. In that LPOD the majority of Whitaker’s peaks were mis-identified. The color image above provided by Paul Spudis correctly locates M1, M3, M4 and M5. M2 is really just the western part of the rim of Cabaeus and isn’t very prominent, and M6 is beyond the mean limb and still isn’t certainly identified. In The Modern Moon I referred to M5 as Mount Clementine, and that name has been used often since then. But Paul points out that the Clementine team never used that phrase. And M5 is too far from the pole to be nearly constantly illuminated by the Sun - such peaks of eternal light were of great interest to Clementine scientists. So calling M5 Mount Clementine is somewhat unfortunate, but it is only an unofficial name and thus can be used or forgotten!

Technical Details
The correct identification of Whitaker’s peaks was independently made by Mardi Clark, and Jim Mosher and Paul Spudis - I thank them all for their sleuthing. Ewen’s 1954 paper has now been added to the Lunar Classics page (with the permission of Hazel McGee of the BAA and Ewen Whitaker) and is now readily available to all polar explorers!
The color image is a combination of Clementine topography in color and Clementine image mosaic. Details of Tom’s image are on the previous LPOD.