How High the Moon (And Low Too)? 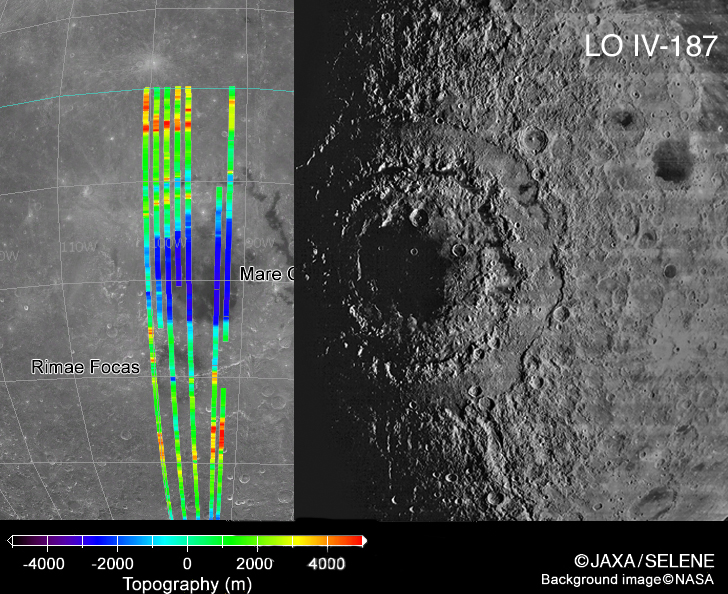 Selene and the other lunar orbiters will do much more than capture images of the Moon’s surface. Measurements to be made include topography, chemical and mineral compositions, temperature, magnetism and gravity. Data from each of the sensors requires more processing and calibration than do the images so it will take a while for finished products to be released. This Clementine image with superposed Selene altimetry tracks is an example of high resolution topographic mapping we will ultimately have for the whole Moon. Seven swaths of altimetry data cross the center of the Orientale Basin. According to the color scale the lowest part of Orientale is 2-3 km below the average lunar radius of 1737.4 km, and the tallest peaks of the Rook Mountains are about 3-4 km above that radius. The highest parts of the Cordillera Mountains - the outer prominent Orientale ring - are 5 km above the average radius. The rim to floor depth of the Orientale Basin from Clementine altimetry is 6 km, but Clementine had poorer vertical resolution and larger footprints. The JAXA website says that their color calibration isn’t complete yet, but the promise of Selene and the other missions is that uncertainties will be removed and the Moon will become known.