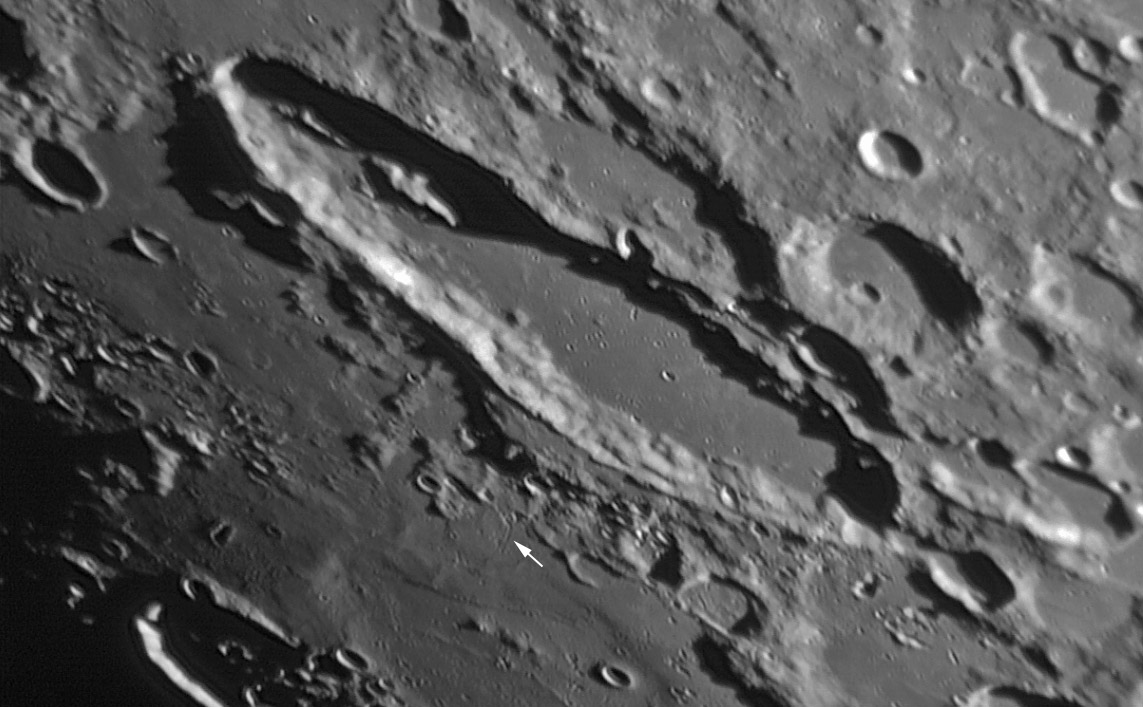 This is a wonderful image of Schiller; unfortunately, I have nothing new to say about that landform. But limbward of Schiller (bottom left third of the image) is a fascinating feature with detail I hadn’t noticed before. The area covered with relatively smooth material is the floor of the Schiller-Zucchius three-ring basin. The main rim (diameter 335 km) of the basin is well shown on the west and south sides, and the north-east end of the massive middle ring (175 km) is just visible as a finger near lower right. Most elusive is the 85 km wide inner ring, appearing like a mare ridge or a subtle turndown of the surface. Here, part of the ring is seen in unprecedented detail. Three small hills are on the eastern side of the inner ring, and inside them are two narrow and low ridges, cut in the middle by a small secondary crater cluster. I wish that this image continued across the basin so we could investigate its subtle topography everywhere! But there is also more of interest in areas we can see. Near the center-bottom of the image is a thin and short rille or crater chain (white arrow). The Orbiter IV image shows this to be a line of closely spaced craters – probably secondary craters rather than volcanic collapse pits. Finally, the smooth material at upper left gives the impression of coating a rubbly underlying mterial, and in some places the smooth material seems to have collapsed. This is weird stuff – I doubt if it is basin ejecta.

Yesterday's LPOD: How High the Moon (And Low Too)?