Voyage To a Twin World? 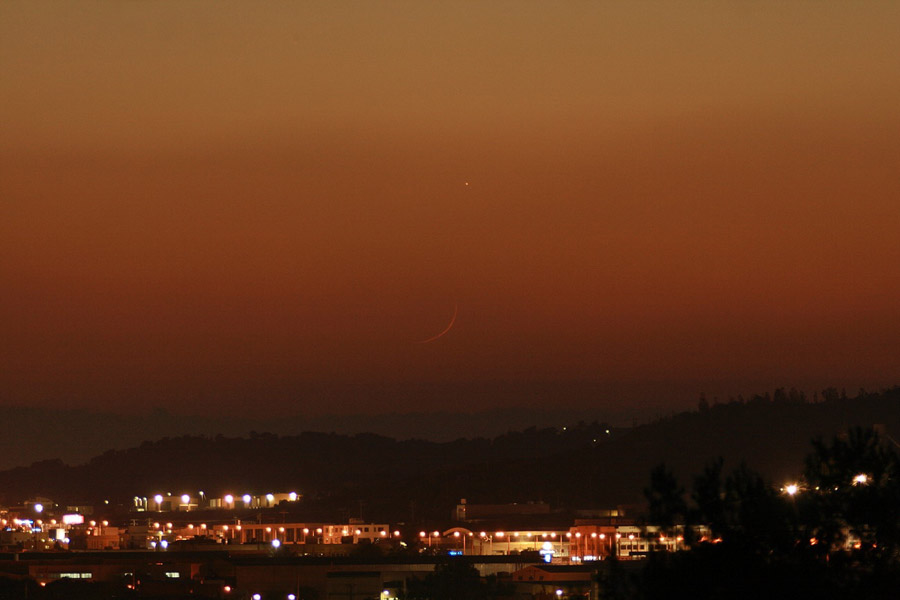 Elias is a sleuth of slender slivers of setting Moons. I like thin Moons because spotting them, especially unexpectedly, is such a delight. Elias usually includes a cultural foreground, but this time I want to link the Moon to the star in the sky that is over it. The "star" is one of the ancient Greek planets, the fleet-footed Mercury. The least known inner planet, Mercury has a Messenger from Earth racing toward it, taking the first new images in 33 years today. Actually the imaging has already started with navigation images being taken to make sure the targeting is perfect. And the approach movie - showing Mercury growing in the field of view has started too. Over a period of three hours Monday afternoon (US east coast time) spectral images, laser altimetry, photometry and visible and color images will be acquired. Apparently, live images will be shown on the web starting at 17:43UT. So check your computer monitor but also go out tonight and look about 10° above the western horizon and let photons from Mercury impinge on your eyes as Messenger flies past it. And then turn your attention to our Moon, Mercury's closest relative, at least as far surfaces go, and image skimming over those cratered lands.