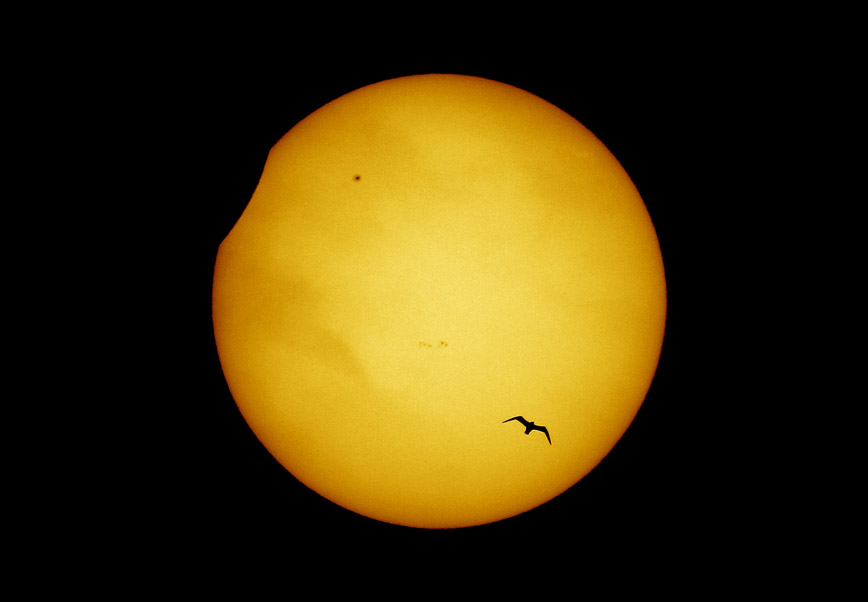 Where is the Moon? It is the less obvious element of the picture but it is still there! The shot was taken at Kalivia, Attiki. The weather forecast for the eclipse day was quite discouraging. Even though, I decided to give it a try. I was lucky enough to capture this photo few minutes after the maximum eclipse. I was even luckier to capture a number of seabirds flying in front of the Sun's disk a few minutes before and a few minutes after the end of the eclipse!