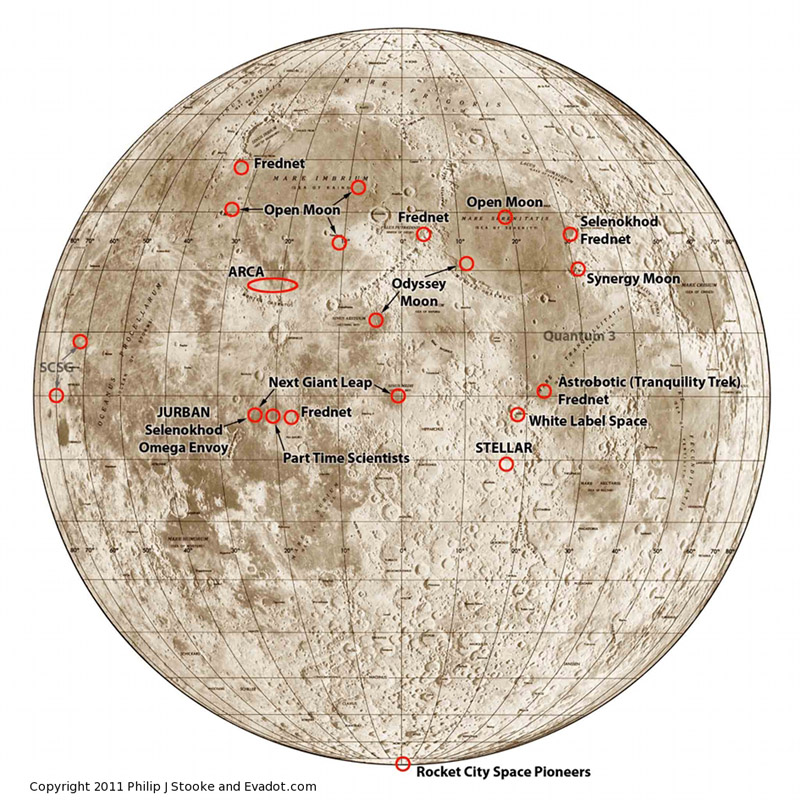 image by Phil Stooke and Evadot.com

Apollo, Luna, Surveyor - these were spacecraft that landed on the Moon. Each landing site was selected to maximize safety and science return. Here are many more projected landing sites selected by competitors in the Google Lunar X Prize, which requires a safe landing on the Moon and travel of 500 m across the surface, transmitting pictures and data back to Earth. Some of the sites seem to be old Apollo landing sites, presumably reducing uncertainty by returning to a well known place. Perhaps that is also why the Selenokhod folks want to land in Le Monnier, where a Lunakhod landed a few decades ago. The site at the south pole is a gutsy choice because the topography is quite rough, and if a landing is made in a shadowed zone, there might be problems with power. The Frednet site by Sinus Iridum is close to where the Chinese want to land - but I don't know why that location is especially interesting to anyone.